When young online trolls sent her vile threats, she told their mothers………….

When young online trolls sent her vile threats, she told their mothers………….

When young online trolls sent her vile threats, she told their mothers

As a video game reviewer with a big presence on social media, Alanah Pearce is used to all sorts of comments from her fans.

But when some of her followers began leaving vile, disturbing online messages a�� including threats of sexual assault a�� she complained to a higher authority: their mothers. Pearce, who lives in Brisbane, Australia, always assumed adult men were the ones leaving the sexually explicit comments on her Facebook page. But when she took a closer look at the offendersa�� profile pictures and ages listed on their social media accounts, she realized that they were all actually young boys.

a�?I suppose it’s a little sad in a way, but I’ve become quite desensitized to it all, where things like rape threats tend to make me feel a little ill or disgusted, but I learned a long time ago not to let these things affect me as soon as I step away from the computer,a�? Pearce, 21, told TODAY Parents.

She receives about five such sickening messages a month, a tiny fraction of all the comment……. (follow link below for full article)

What you can read next 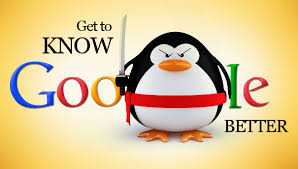